Since graduating with a Bachelor’s Degree from the Korean National University of Arts and beginning her study at the University of Cincinnati’s College-Conservatory of Music, Jae Won Kim has rapidly created a niche as a soloist and chamber musician. She was a first prize-winner in the 2010 Lee Biennial Piano Competition, a prizewinner in the 54th World Piano Competition in Cincinnati, a laureate of the 2011 Florida and Louisiana International Piano Competitions, and attended the 2010 Gilmore International Keyboard Festival as an invited fellow. As winner of CCM’s Concerto Competition, Dr. Kim performed Rachmaninoff’s Second Piano Concerto with the CCM Philharmonia and the Montgomery/Blue Ash Symphony Orchestra. In Korea, she received the Grand Prix in the Korean Young Student Music Competition and second prize in the Korean Music Society Competition.

Recent highlights include performances at the World Piano Conference in Novi Sad, Serbia, the 2016 Karlovac Piano Festival in Karlovac, Croatia, and in the 2018 season of the Chamber Music Society of Central Kentucky in collaboration with Metropolitan Opera tenor Gregory Turay. In 2019, she toured North Carolina with Fayetteville Symphony flutist Sarah Busman and performed recitals in Luxembourg City, Luxembourg, sponsored by the Korean Embassy, and at the Engelskerk in Amsterdam and the Nittedal Cultural Center in Oslo. Her debut recording of selected piano works by Poulenc and Françaix was released in 2013. Her second recording, “American Experiences,” was released in 2018.

She received a Masters of Music and Doctor of Music degree from the University of Cincinnati’s College-Conservatory of Music and is currently teaching at the University of North Carolina at Pembroke. Prior to UNCP, Dr. Kim was an Assistant Professor of Piano at Kentucky State University and worked at Northern Kentucky University and CCM. A committed teacher, she was previously the vice-president of the Bluegrass Area Music Teachers’ Association and has judged for many local and regional competitions. 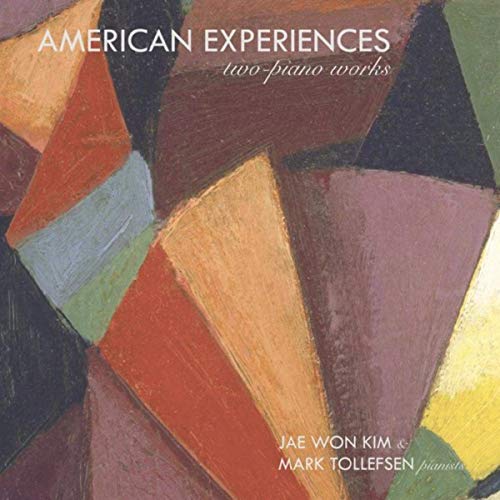